One of the things our youth suffer from, is not seeing natural environments. This is a crisis recognised by Prof Calum Roberts (author of ‘The Unnatural History of the Sea’), David Attenborough and even Prof. Martin Attrill, Director of the Marine Institute of Plymouth University. The latter is an advocate of a ‘Marine Park’ being designated for Plymouth. It’s not a bad idea. Getting a connection between the public of such a city with such a rich maritime history and its marine life is logical. After all, the city hosts The Marine Biological Association, Plymouth Marine Lab, National Marine Aquarium, University, Princess Yachts and the Naval shipyards. But people I believe think about our seas in a utilitarian rather from a ‘natural’ perspective. We – as people from a highly industrialised and agrarian land-use base – think of things and nature in terms of its use to us. Furthermore, we’ve been buffered by generations of such ‘use’ by visual cues such as cityscapes, farmlands, Large ships, monoculture ‘fields’ as being ‘of beauty’. Nature seems exotic, far away, distant, hidden and inaccessible to many.

So when I got the chance to attend an ‘Island Trust’ excursion hosted by our very own sea champion ‘John Hepburn’, I was hoping to see a bit of marine biology, some books, binoculars and chat. John describes himself as an ‘OBOE’ On Board Ocean Educator’. What I got was far more than I bargained for. So did the pupils of Plymouth City College. Kids from about year 10 to 13, all thrown onto a vessel to ‘see’ what a sail boat and ‘marine biology’ looks like, and how it operates.

Firstly, we welcome the pupils at Plymouth Yacht Haven Marina (which won ‘marina of the year’ in 2018), so it must be good. Then we dished out life jackets to the 9 students, and their teachers, Matt and Lyndsey. We learned a great deal about the kids simply by how they approach putting the vests on – some were needing help, others talked constantly, a third group simply put them on. They all received badges (as did we) with names, and ‘watches’ on them. Red for port watch, green for starboard, whilst Staff and ‘educators’ wore a coveted blue badge (I have adorned my binocular bag with this).

We then walked the long walk to the ‘Pegasus’. A gaff-rigged pilot cutter, designed for sail training. A thing of beauty.

We left our bags on deck, and John proceeded to give a 5-10 minute chat (interactive) with the kids on how the ocean more-or-less provides 50% of the oxygen we breath, and picked up some settlement plates from the jetty to show them the marine life that colonises things in the shallow water (including amphipods, red, brown and green algae). Figure 1.

We then went on board, below decks to see images on a flat screen relayed live from the seabed from a Baited Remote Underwater Video (BRUV) device. Such tools are used in science, and this was constructed from an anglers’ fish-finder camera, some gardening centre tools, and a couple of crushed mussels in a bag. All connected, and launched over the side, weighted down by a couple of fishing weights. Within minutes, the bait was being attacked by velvet swimming and common shore crabs, whelks, and then in utter wonderment, a cuttlefish zoomed over the whole mess of scrabbling claws and mud – neither John or I saw this, as we were distracted by the things under the microscope. But we heard the students shout out ‘what is that’? – Later on by retrieving the attached go-pro, John saw the beast, and we were all wowed by what lies beneath. John put the clip on YouTube. Figure 2. And the whole event was projected onto a 40cm screen, making the marine life seem larger than life. All great for stimulating interest.

We then used a binocular magnifying scope to see some life attached to a few mussels that were 10 minute previously clinging to the side of the marina. Squirts, sponges, nudibranchs, hydroids, amphipods were all enjoyed by all. Figure 3.

Finally, we set ‘out to sea’. But our skipper Hannah said that we had too little time to sail out to open sea, and instead were pushing on for a more sedentary cruise ‘up the Tamar’. This was fun, and done almost entirely under engine. We passed the famous ‘Hoe’ where Sir Francis Drake notoriously finished a game of bowls whilst awaiting the Spanish Armada. We drifted alongside Devonport, home of much of Britain’s naval fleet, and shipyards. A Portuguese frigate was tied up, showing the importance of NATO, and our alliance with other partners. Turning about, and running south now, we were able to raise the staysail, where the kids learned the teamwork necessary to sail such a vessel (and keeping the engine running). Figure 4.

Packed lunches were consumed, and it was the best time to chill-out and enjoy the scenery. Heavy industry to the east (Plymouth), and countryside to the west (Cornwall side).

Finally, John deployed a plankton net to tow in front of the Hoe on the way home, catching a few crab larvae, and single-celled beasties. Some Daphnia-type plankton was in there, and phytoplankton of course.

The kids filled in a form of ‘what you know’ both of marine biology, and mankind’s interaction with the sea both before and after the trip. Scores and knowledge inevitably increased after the trip. They – and I – learned a great deal. 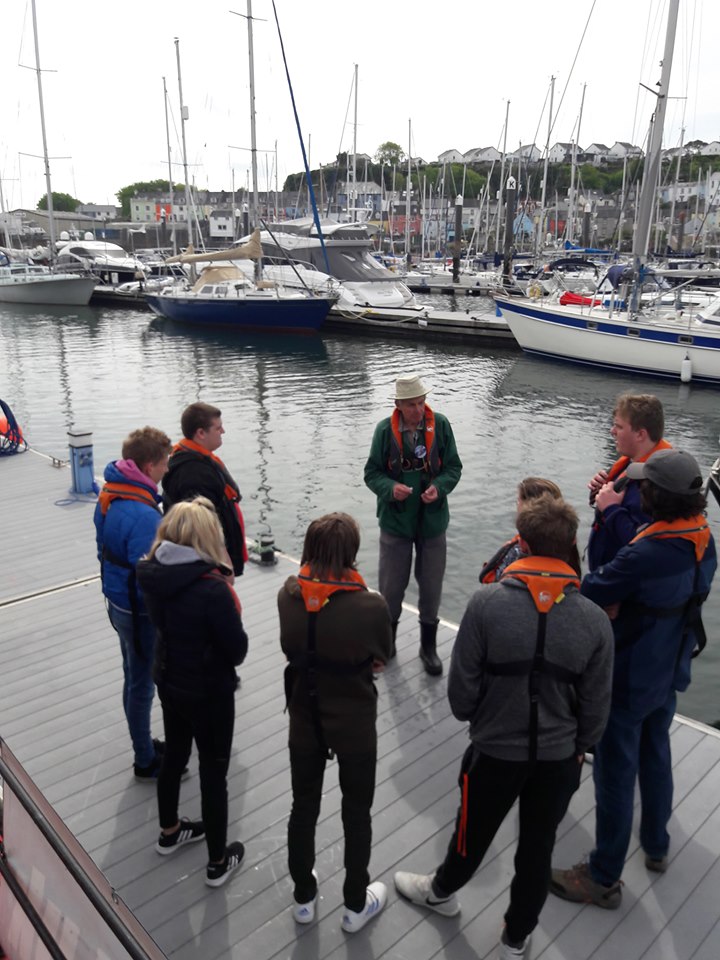 Figure 1: John explaining the importance of the ocean to human kind. 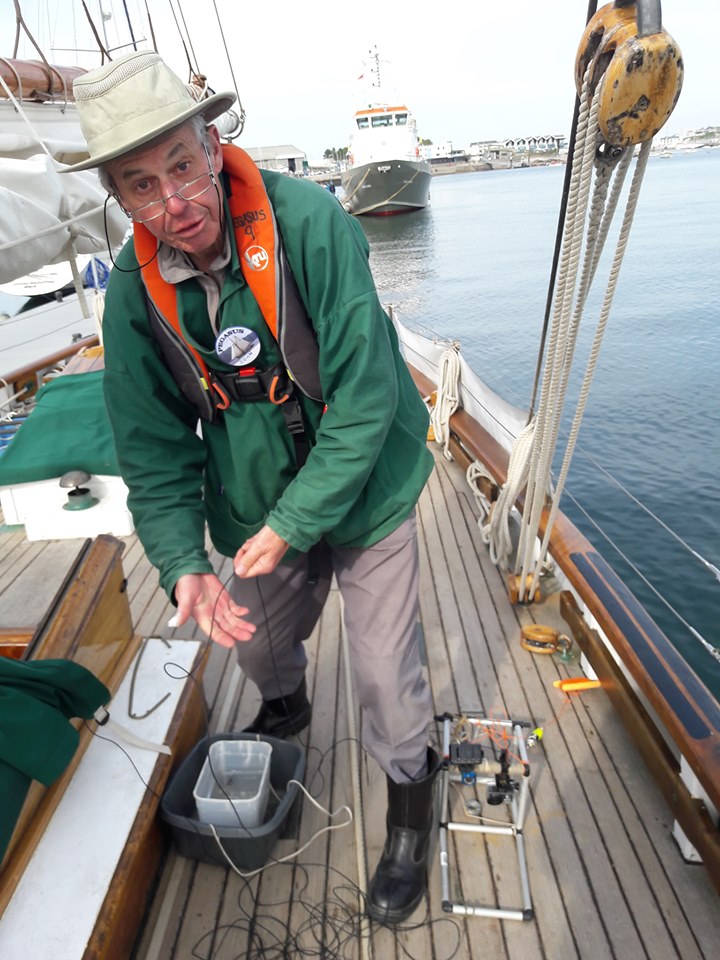 Figure 2: John Hepburn (OBOE) – setting up the Baited Remote Underwater Video (BRUV). All patched together himself for less than 200 quid… here’s the remarkable footage of a cuttlefish WATCH » 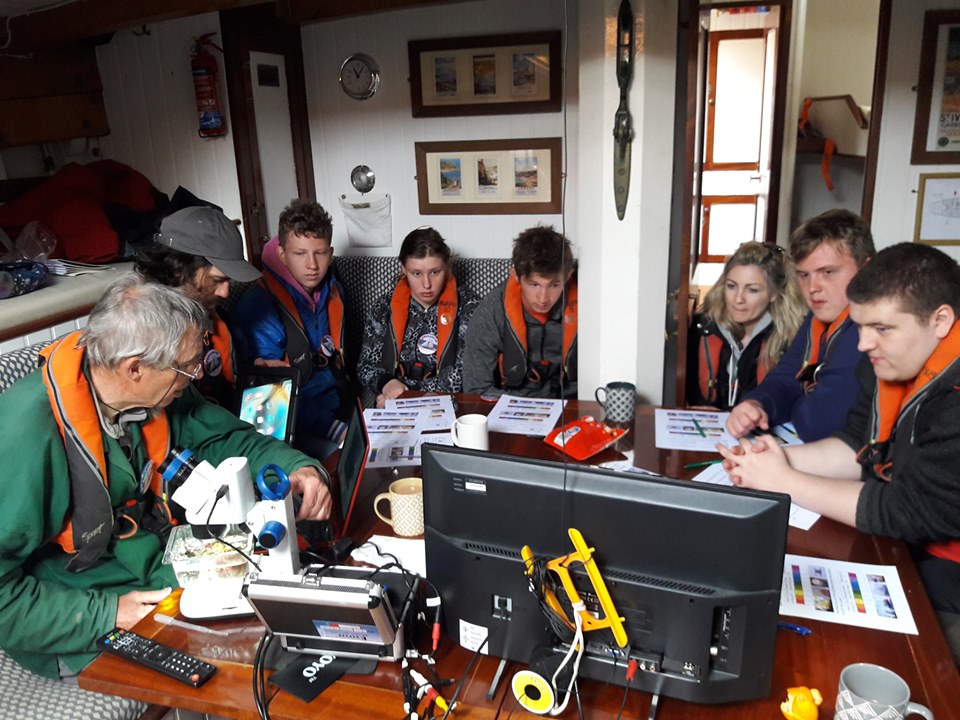 Figure 3: Faces all tied to the screen to see the ‘crab wars and cuttlefish flypast’. A real eye-opener for urban, inner-city kids – even though they’re from a maritime city.

Figure 4: The kids haul up the staysail. This required teamwork, coordination and commitment.